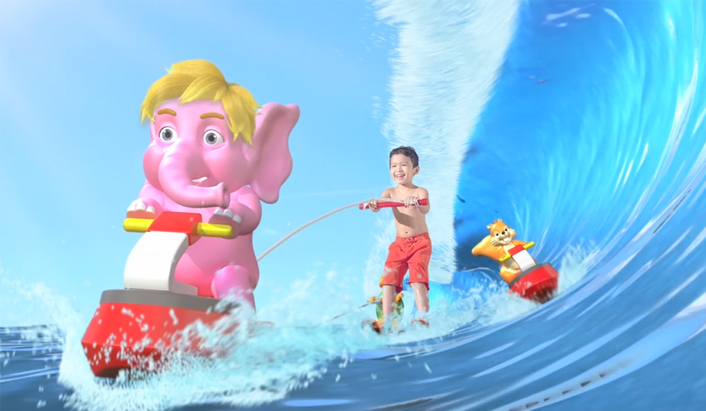 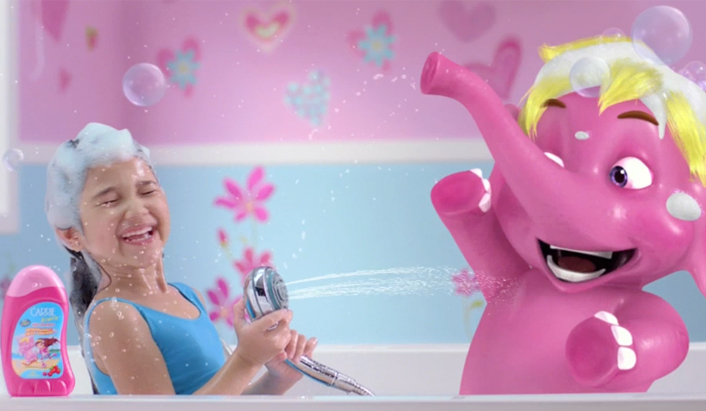 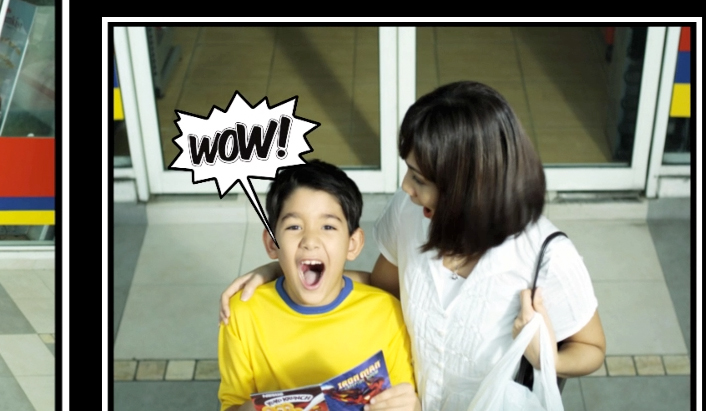 The 3rd Carrie project albeit a grown up version with Nerve Centre & One Worldwide… we had a fun concept to execute involving action & animated characters & flying & kids, etc. Working with a more mature boy this time helped cement the action sequences through his acting & gestures, as which 8-10 year old doesn’t want to defeat the enemy? We created a costume for him that, well, made him look super heroic, & even molded a fiberglass laser gun that he could tangibly hold & interact with. The entire action scenes were shot against green screen & the children involved had to imagine the giant germs around them, running around in chaos. Of course, this still being a child-related product, we couldn’t have anything looking too dangerous, in terms of the action, zapping of germs & environmental destruction. Thus, we used surrounding elements, such as leaves, dust particles & electricity to create the illusion of imminent danger. For this round, we had the luxury of a senior graphic/motion designer Pitt Ong, to oversee & work his in-depth knowledge of creating amazing concept art & stylized frames into the spot. It was crucial to have the initial conceptual artwork to be approved before starting work on the post-heavy CGI. Shot with the ARRI ALEXA with Nick Lee as DOP. Offline, Online & 3D were finished in RAWR pictures, whilst Color Grading was with Jinq of Meccanicca FX.